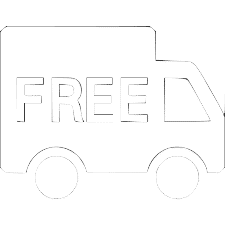 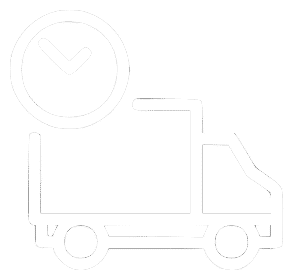 When dreaming of Sydney, you’d be forgiven for conjuring up images of Bondi Beach and the city’s iconic opera house well before imagining the riding there.

That’s because – let’s face it – Sydney isn’t exactly known as a cyclist’s city. Some cyclists have even gone so far as to unfavorably compare Sydney with bike havens like Amsterdam and Montreal. However, what those comparisons often fail to address is that, unlike any other city in the world, Sydney contains a singular mixture of dazzling oceanside, foggy hilltop riding, and flat out some of the greatest roadside scenery in the world.

As long as you stay out of the CBD, you’ll be fine. Besides, who is traveling to Sydney to ride around the CBD, anyway? Especially when you have endless kilometers of stunning coastline, emerald green hills, and wave-whipped harbors at your fingertips.

From Sydney’s city center, there are myriad rides you can take off on that will show you the best side of the Emerald City, as locals affectionately know it. So, pack your bike travel bag and get ready to check in on Sydney, Australia’s crown jewel.

The urban hustle of Sydney can be distanced in mere minutes by embarking upon what has become a classic ride amongst Sydney’s cyclists. The Three Gorges loop takes you out of northwest Sydney and through both Chatswood and Hornsby before dropping you off in Berowra Valley National Park for a challenging circuit up and over three separate gorges.

Galston Gorge, Berowra Waters, and Bobbin Head gorges provide ample scenery as you thread your way through the beautifully winding road which connects them. The problem is, you may not be able to see any of it as you breathlessly move from one climb to the next. The Three Gorges Loop takes in approximately 1,800 meters of vertical within the space of 96km – that’s enough to make even the most hardened climbers take pause.

If you do the loop in a clockwise direction, you’ll encounter the first of two climbs just after Galston Gorge. Not long after Galston, you’ll have a ferry ride across Berowra Waters. This is a good moment to take a break, slam a gel with water, and regroup before hitting the second climb which comes just after the ferry lands.

Weekend warriors love this loop, so expect to see more cyclists on the road than cars Friday through Sunday. Apart from dads trying to make the most of a Sunday morning, you can find everyone from amateurs to pros making an effort in the gorges.

Sydney is a city of stunning waterfronts, bays, beaches, and hills. Why not take them all in in a single ride? The Akuna Bay loop does precisely that, giving you a perfect introduction to what makes Sydney such a singular city (and one that often tops the endless best cities in the world lists).

The ride starts out of Mosman, one of Sydney’s northern suburbs, and heads over The Spit before taking you along the coast past Narrabeen, Warriewood, and on to Church Point. Once there, you may want to refuel at the Waterfront Cafe as the caffeine boost will surely help you manage your energy reserves through the Ku-Ring-Gai Chase National Park.

Once there, several challenging hills lie in wait as you earn around 1,100 meters of vertical gain. On the return portion of the loop, you’ll tackle Terrey Hills and Frenchs Forest before retracing the first part of the ride, albeit with sore legs after having taken on 70km of tough terrain.

Expect light traffic, beautiful waters that beckon your gaze, and rural rolling roads that make the city feel a world away.

The Ettalong loop takes in aspects of the previous two rides while adding an entirely new leg into the spectacular northern territories of the Sydney region just outside of Gosford.

As of late, Ettalong is gaining iconic status amongst the various rides available in the region, and after you ride the loop, you’ll easily understand why. Sure, Ettalong is a beast at about 133km and 2,100 meters, but as anyone can tell you, the best rides also tend to be the hardest. Just make sure to have your cycling nutrition on point for this one and keep a bottle or two loaded with plenty of electrolyte mix.

Ettalong’s terrain rolls along gently until you get in the Gosford area if you’re riding the loop counter-clockwise, which is the direction we recommend. Once you start heading out of Gosford, you’ll have three climbs one after the other, and while they aren’t the longest, they sure are steep enough to bite you a bit.

Before tackling the Ettalong loop, you’ll need to check the ferry times out of Palm Beach. The ferry isn’t too long, and it is a necessary part of the journey. It’s a pretty cool one too, which gives you time to rest your legs and take a good look at the surrounding views. Additionally, you get to avoid pretty gnarly traffic that you’d find yourself locked in had you gone clockwise.

The RNP loop is a Sydney classic that makes for a great day to day training loop. If you’re not in training and just out for some scenery, then the RNP still delivers as you go from Sydney’s urban chaos to the RNP’s nearby natural serenity.

Don’t be fooled into thinking that the RNP’s proximity to the city means it’ll be an easy ride. Some of the climbs within the park are tougher than what you’ll find on the Three Gorges ride, just not quite as long. Depending on where you start, the RNP loop clocks in at about 70km and 1,200 meters of vertical gain.

You can add and subtract to the ride as you please to make it easier or harder at will. Making the ride harder is easy since the hilly RNP area gives you plenty of opportunities to let your legs do the talking. Once in the RNP, you’ll spot tons of local cyclists kitted up in fanciful cycling apparel, especially if you head on a Sunday.

Traditionally, the loop is done in a clockwise direction, but you’ll get a more gentle warm-up if you go the opposite way.